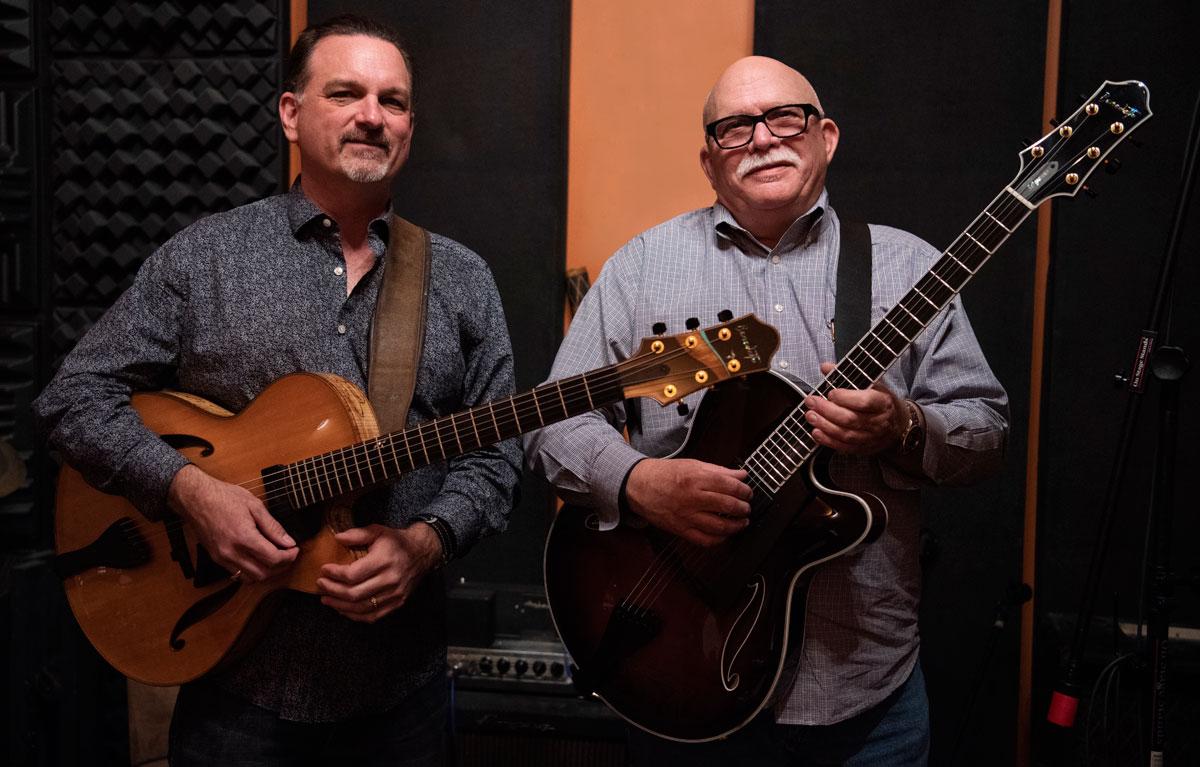 My friend, Dan Sumner, and I have been playing as a duet since the Spring of 2015, focusing mainly on jazz and blues. As you will see from his bio below, Dan is a fantastic guitarist, a highly trained musician, an educator, and a truly gifted soloist. His transcribing work for the arrangements included in Fingerpicking Early Jazz Standards made the whole project happen.

Dan Sumner is a Louisiana-based guitarist and music producer. He is an internationally-acclaimed guitarist who performs and tours the world regularly with acts such as Doug Duffey and BADD, Louisiana Soul Revival, Steve Howell, Louis Romanos Quartet, LA Legacy Jazz Band, Glynn Styler, Janice Jaffee and many others. He is a sponsored Benedetto Artist, and plays two custom-made Benedetto archtop Jazz guitars. He owns and operates Fort Sumner Studio where he has recorded and/or produced dozens of critically-acclaimed albums by artists such as: Doug Duffey and BADD, Astro Motel, Logan and the Legendaries, The Vidrines, Gin Mobsters, Tito and the Fabulous Freeloaders, Louisiana Soul Revival featuring Doug Duffey, Fred Brown, The Gold Dust Mannequins, Jig the Alien, Bunki, and many others.
Booking & Publicity
Betsie Brown
Blind Raccoon, LLC
betsie@blindraccoon.com
901.268.6065
© 2019-2020 Out of the Past Music, LLC - All Rights Reserved